This is probably the most exciting untold story in rum. When you read the script, imagine Gregory Peck as Harris Eastman Sawyer.

(Hon. John W. Yerkes, Commissioner of Internal Revenue, was also present during the latter part of the hearing.)

The committee thereupon proceeded to the consideration of the bill (H. R. 24816) “To amend an act entitled ‘An act for the withdrawal from bond, tax free, of domestic alcohol when rendered unfit for beverage or liquid medicinal uses by mixture with suitable denaturing materials,’ approved June seventh, nineteen hundred and six.”

STATEMENT OF FREDERICK I. FELTON, ESQ., OF BOSTON, MASS.

Mr. Felton. I am a distiller, Mr. Chairman, and have with me my chemist, Doctor Sawyer, who is thoroughly familiar with all the details of this matter. We desire a very simple amendment—that is, we would like the privilege of denaturing at the proof of 150° instead of 180°.
The Chairman. You make rum, I believe?
Mr. Felton. Yes, sir.
The Chairman. You are about the only maker of New England rum that is left, I think.
Mr. Felton. No; there are seven of us.
The Chairman. Are there as many of them as that?
Mr. Felton. There are seven of us left. I am perhaps the largest and the oldest, but there are seven scattered through the country— one in Covington, Ky., one in Portsmouth, N. H., one each in Newburyport, Charlestown, Everett, Somerville, and South Boston, Mass.
Senator Hale. Where is yours; in Newbury port?
Mr. Felton. No; not Newburyport. Mine is in South Boston. The Newburyport distillery is the Caldwell house.
We would like this bill, if possible—as well as all the amendments that are going through, which we do not oppose at all—to take effect upon its passage rather than wait until September, excepting that portion or it—which really requires more time for the Commissioner to make his regulations—In regard to the small distilleries throughout the country.
With your permission I would like now to introduce Doctor Sawyer and let him go into the details of the matter. I notice that the younger members of a business know more about it than the older men, who have laid aside a little bit and have attended less to the details. 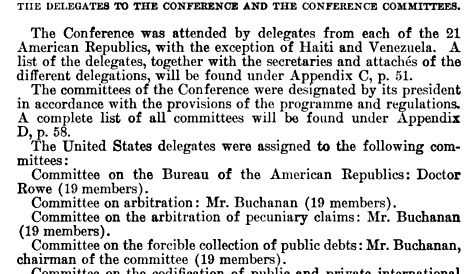 Senator Hale. That is for drinking purposes?
Mr. Felton. That is usually used for drinking purposes, making cordials and the like.
Senator Taliaferro. Then there is not more than about 20 per cent that is used for the tobacco?
Mr. Felton. Yes; from 20 to 25 per cent, the difference, of course, between the 35 per cent used for domestic consumption and the 50 per cent for foreign consumption. These are approximate figures, of course.
Senator Taliaferro. That is a total of 85.
Mr. Felton. And about 25 to 35 per cent for the tobacco.
Senator Taliaferro. That would leave about 15 per cent?
Mr. Felton. Well, it is probably nearer 20 for tobacco. We can not get at accurate figures, of course, but that is as near as we can get at it. We have, perhaps, forty to fifty customers among the tobacco manufacturers who come direct to us; and then we think there are about fifty or sixty others that come to us through large dealers in spirits; and the balance we know nothing about. They probably go to other distillers, and some do not use it at all.
Senator Hansbrough. You do not pay a tax on the alcohol sold to be used in tobacco?
Mr. Felton. We do now. Oh, yes; on every gallon.
Senator Hansbrough. You do now?
Mr. Felton. Certainly; but under the new law if we make that rum 180° proof then the tax will be remitted if we denature the alcohol, as the Department now allows us to do, with a denaturant that the doctor will tell you about. We are already allowed to denature it and sell it to the tobacco people without the tax provided we put it 180° proof; but we want to save these odors the doctor tells about for the tobacco people by not making it at so high a proof.
Senator Hale. That is your main point—you want to use 150° proof instead of 180°?
Mr. Felton. That is our main point; practically, our only point.
The Chairman. On the ground that the tobacco manufacturers can buy it at 150° and could use it to better advantage than if it was 180°?Mr. Felton. It retains the odors they desire.
Senator Hale. The 150° proof would assimilate better with their manufactures than the 180°?
Mr. Felton. It gives them the odors they want.
Doctor Sawyer. And this other quality that I spoke of, the waxy substance.
Senator Hale. Yes.
Doctor Sawyer. The wording of the modification which we would suggest would be something of this sort: We would insert after the words “domestic alcohol” in lines 7 and 8 the words “of not less than one hundred and fifty degrees proof.” That would permit denaturalization down to that point, but not below. We will submit to the committee a little later a draft showing exactly what we desire the first section of the bill to be.
We have felt that there was no reason why we should not be allowed to denature at as low a proof as 150° under the existing law of June 7, 1906. The Revised Statutes specify regarding alcohol as follows:

Sec .”1248. Distilled spirits, spirits, alcohol, and alcoholic spirit, within the true intent and meaning of this act. is that substance known as ethyl alcohol, hydrated oxide of ethyl, or spirit of wine, which is commonly produced by the fermentation of grain, starch, molasses, or sugar, including all dilutions or mixtures of this substance, etc.

According to section 3248 of the Revised Statutes, therefore—and this, so far as I am aware, is the onlv place where alcohol is defined in our law—alcohol is alcohol, regardless of its strength, whether the latter be 150° or 180°. The act of June 7, 1906, reads, in part, as follows:

That from and after January first, nineteen hundred and seven, domestic alcohol of such a degree of proof as may be prescribed by the Commissioner of Internal Revenue may be withdrawn from bond without the payment of Internal-revenue tax for use in the arts and Industries, provided said alcohol shall have been mixed In the presence and under the direction of an authorized Government olficer, after withdrawal from the distillery warehouse, with methyl alcohol or other denaturing material or materials or admixture of the same, suitable to the use for which the alcohol is withdrawn, but which destroys its character as a beverage and renders it unfit for liquid and medicinal purposes.